Texture quality Below, you can set the texture quality of the 3D boxes. Please mind, that a higher quality settings means more data downloaded. In case you'll click through all boxes in 3D on the highest setting, you'd download about 114 MB of data!

About me A few lines about me and my collection. 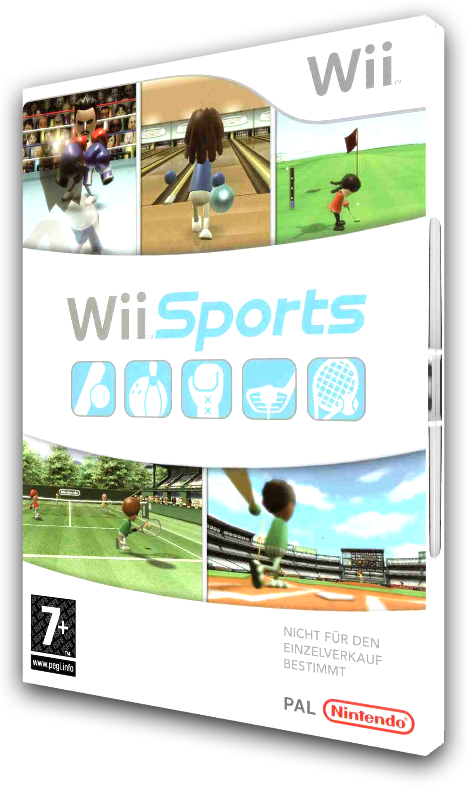 I didn't get a Wii right away — well, it was sold out everywhere — but I got lucky six months after its launch. On the first day, my wife and I played hours of WiiSports and WiiPlay. The next day, I bought a copy of WarioWare: Smooth Moves and with that, I knew that this tiny, white console was special.

Fast forward to 2012 and I've played over two hundred games on my Wii, half of them being retail games and the other half being WiiWare and VirtualConsole titles. Later that year, I've gifted myself a Nintendo Wii U and my Wii got stored away in a cupboard. While I've kept all my Wii games around, they didn't really see much playtime the following years.

Using the existing tech of my site bigboxcollection.com, I thought should keep my Wii collection around virtually.

Contact You want to get in touch with me? That's easy — just use one of the channels below :-)

Tip Jar Got a spare box? Or some change? 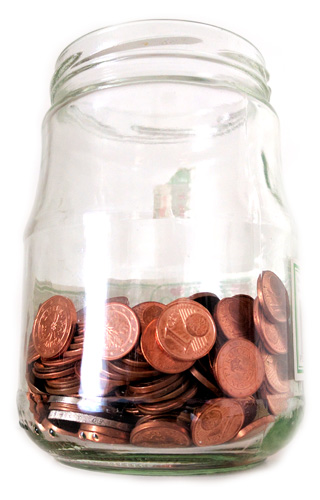 Honestly, this site is mainly for my own pleasure. Getting my games up here, ready to be clicked through at any time is something I'm really fond of. Having sources like MobyGames, The Legacy or Wikipedia is nice and I'm of course a heavy user myself of their offers, but in regard of clicking through my own collection and seeing the game boxes in 3D, simple cover scans just don't cut it.

And that just might be your cue. What if you're a fan too? What if you wanna see a specific title that's not yet in my collection?

Well, there's two options: a) wait, till said game finds its way here on its own or b) help me out getting it. For the latter, there's also two possibilities:

Wii Box Blog It's all about the coverart but then again, it's also all about keeping my collection up and alive. Therefore, a log of my hunt for further Wii games is needed! 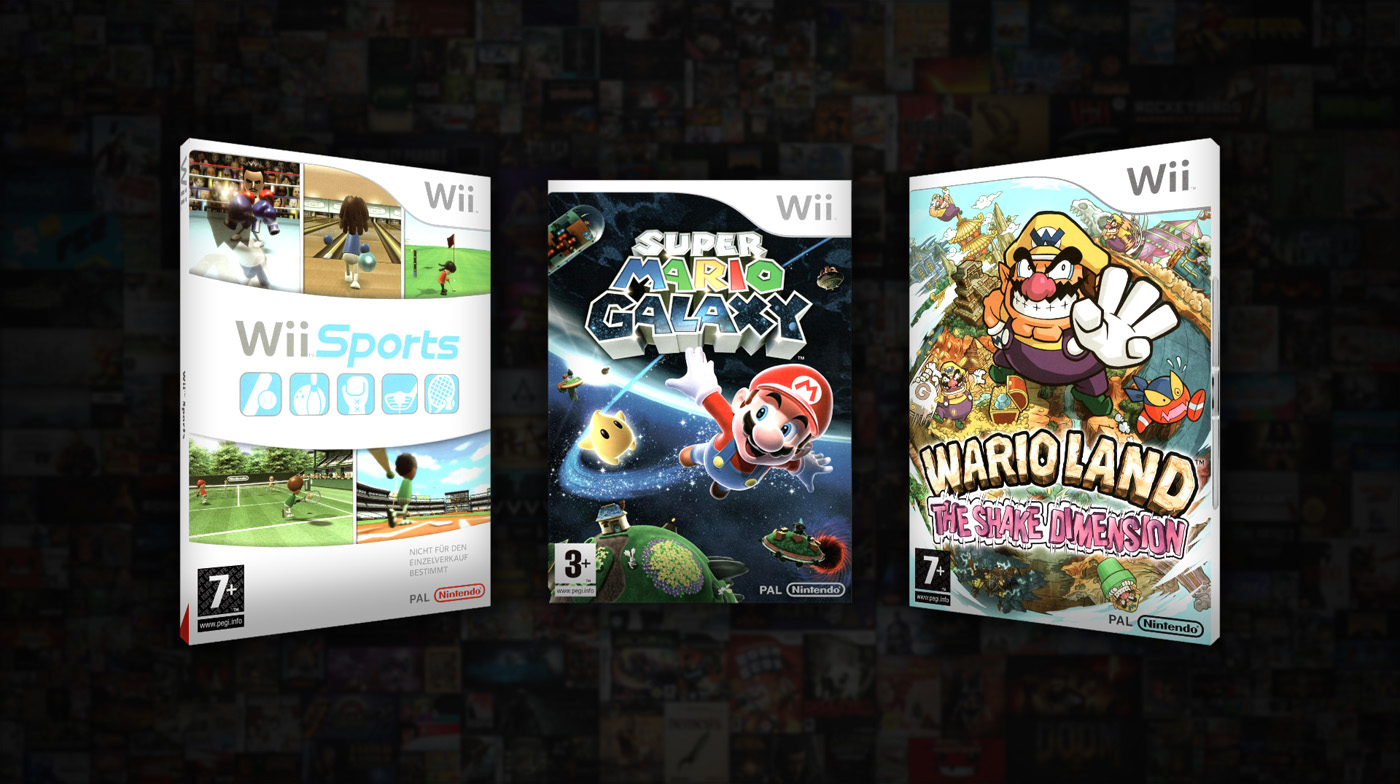 Underdog Revolution!Nintendo's 2006 console, the Nintendo Wii was quite a phenomenon. To me, it was also a return from PC gaming to consoles and boy, did I enjoy the Wii's six year run.

Also, while the Wii did conquer the world, many of its games were sadly overlooked. Here, I have got all 111 games of my collection on a virtual shelf waiting to be remembered and rediscovered and trust me, there's tons of true underdogs on this platform still worth checking out.


Games On My WishlistThere are of course a handful of games that I would like to add to my collection and the shelf below is more or less my hunting list made public. If you've got one of these — and of course games that aren't listed here at all! — and are willing to split, drop me a line :-)
Images below are covers taken from the fantastic site mobygames.com.